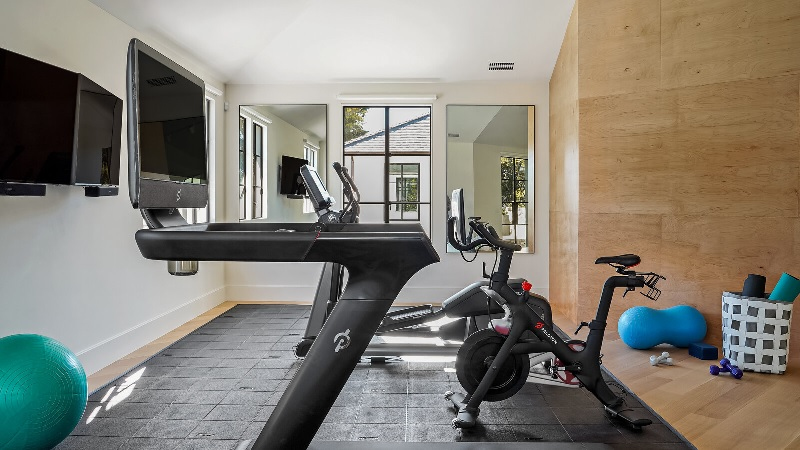 Exercising has many benefits for both physical and mental health. But when it comes to squeezing in a workout, finding the time and motivation can be difficult. That’s why it’s so important to create an exercise-friendly home environment. By turning your home into a fitness hub, you can make it easier to keep up with your fitness goals and stay motivated throughout the week. In this blog post, we’ll cover the different ways you can create a home gym that is both efficient and enjoyable. We’ll also discuss the benefits of using your own home as a personal fitness center and how it can help improve your overall health and wellbeing. So if you’re looking to increase your activity level and stay motivated, then read on to learn how to turn your home into a fitness hub!

1. Invest in equipment that fits your space and budget

When investing in fitness equipment for your home gym, it is important to consider the space you have available and your budget. Depending on the size of your space, you might need to invest in smaller pieces of equipment like adjustable dumbbells or resistance bands. Alternatively, if you have a larger space at home, you might look into purchasing a multi-function piece of equipment such as a cable system or a home gym. All of these options are great investments, and you should take the time to research and find the right equipment for you.

2. Create a designated area for exercise

Creating a designated area for exercise is an essential step in turning your home into an effective fitness hub. While you can certainly exercise anywhere, having a specific spot that is dedicated to exercise will help set the right mindset and make it easier to stay motivated. Choose an area that has enough room to move around without having to maneuver around furniture, and make sure you have adequate lighting and ventilation. You may also want to consider investing in equipment that will allow you to get your desired workout, such as resistance bands, kettle bells, or a yoga mat.

END_OF_DOCUMENT_TOKEN_TO_BE_REPLACED 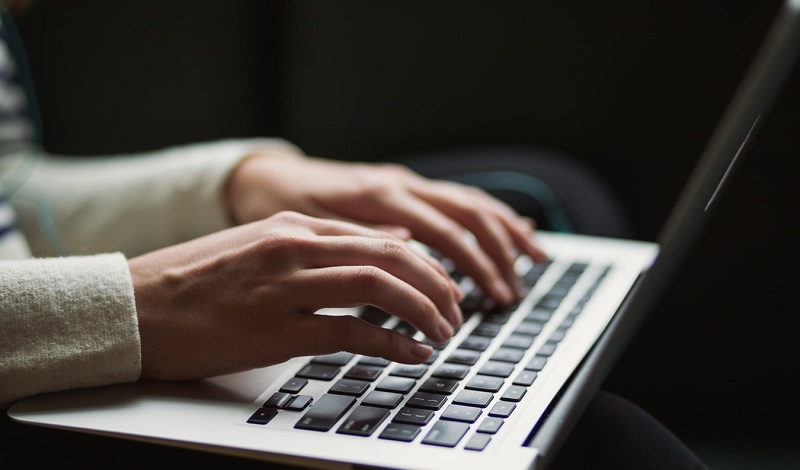 There are many business owners, including those who own a fitness business, that have started digital marketing campaigns, but who feel they are not getting the results they were hoping for. One of the reasons suggested for this by the digital marketing specialists is that the written content or ‘copy’ as it is more accurately called, may not be converting in the way that it should.

Part of this goes to the principle that every page on your website should be converting visitors by encouraging them to take some kind of action. These ‘calls to action’ can include making a telephone call to the business, entering their email, filling out a survey, or completing a form on the contact page so that someone can call them back. The ultimate call to action is ‘Buy’ where the visitor actually makes a purchase and enters their credit card details.

Not every website has a purchase as the main call to action given that not every type of business is suited to that. For example, professionals such as lawyers, accountants, dentists, and in this case, fitness experts who all consult with their clients, are unlikely to have a ‘Buy Now’ button on their website, given that each client’s needs will be different.

Nevertheless, their websites, need to have some means of converting a visitor so they get closer to becoming a paying client or customer, and the means by which that is achieved is what is written on each page of the website. If the website has been professionally built the text is likely to have been written by one or more copywriters, who have the writing skills to create copy that converts.

END_OF_DOCUMENT_TOKEN_TO_BE_REPLACED 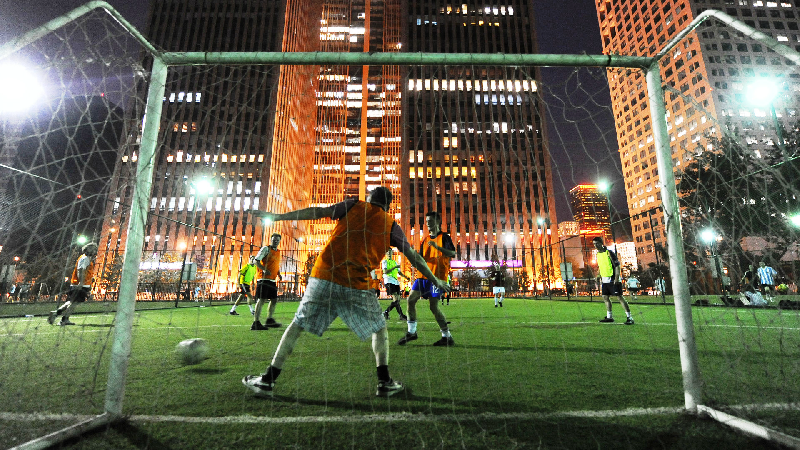 If there is one type of sports netting that is recognisable around the globe, and which has appeared in more iconic sporting imagery than any other, it is the net on a soccer goal. Given that soccer is the most-watched sport in the world there cannot be many who have not seen at least one photograph or TV image of a soccer net.

Although the purpose of the game, which is to score a goal, is often described as ‘hitting the back of the net’, when fans and players are discussing soccer equipment, it is the one item that probably gets overlooked. Soccer shirts, training gear, soccer boots, and even the ball are all likely to have many more hours of discussion, consideration, and arguments, than the net.

In fact, unlike some sports, you can actually play soccer without nets. Whilst games of tennis and badminton would be unrecognisable without a net, soccer can be played, not only without a net, but without real goalposts as well. Using jumpers, cones or even a couple of old tyres as goals will be recalled by many who have played soccer in the park with friends.

However, when it comes to competitive soccer, nets are used and at many levels, they are compulsory.  This has been the case for many years, but it was not always so. The history of sporting nets is long, and the history of soccer nets actually tells us that in the early days, they did not even exist.

END_OF_DOCUMENT_TOKEN_TO_BE_REPLACED 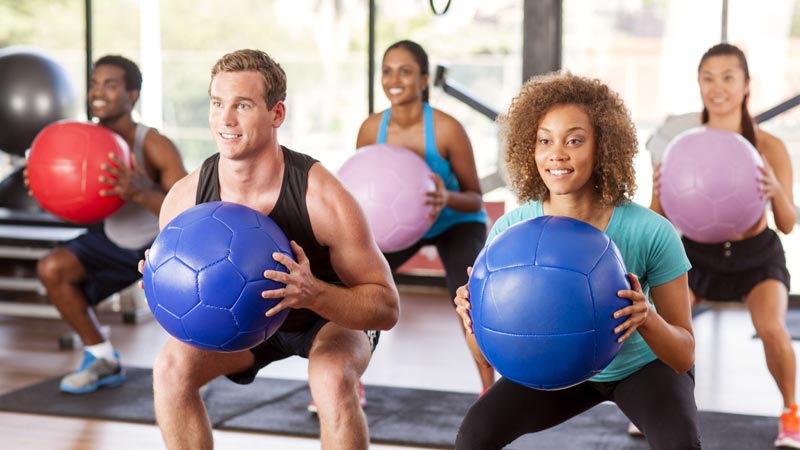 While there are many immediate benefits of joining group fitness sessions, did you know the long-term benefits are even better? While, of course, you are going to feel more motivated and social, it can also work wonders for your confidence, weight loss success, stress levels, and happiness. Here’s why joining a group fitness class could spell a new you.

When was the last time you threw yourself into an uncomfortable situation? Most of us tend to stick with what we know, and we dare not step outside that comfort zone into the unknown. However, if you join a group fitness class such as BodyPump or CX Worx, for example, you will find yourself becoming more confident as the days and weeks go by.

It can seem terrifying walking into a room full of strangers, but once you realise how lovely everyone is, you will have no problems about doing it in the future.

Many scientific studies prove that exercising in a group fitness class, or with others, can be beneficial to your success. In the Journal of Social Sciences, it was even found that we mimic the physical activity of others, helping to push ourselves further than ever before. And, in an Obesity journal study, overweight people lose more weight if they spend time with fitter friends or acquaintances. END_OF_DOCUMENT_TOKEN_TO_BE_REPLACED 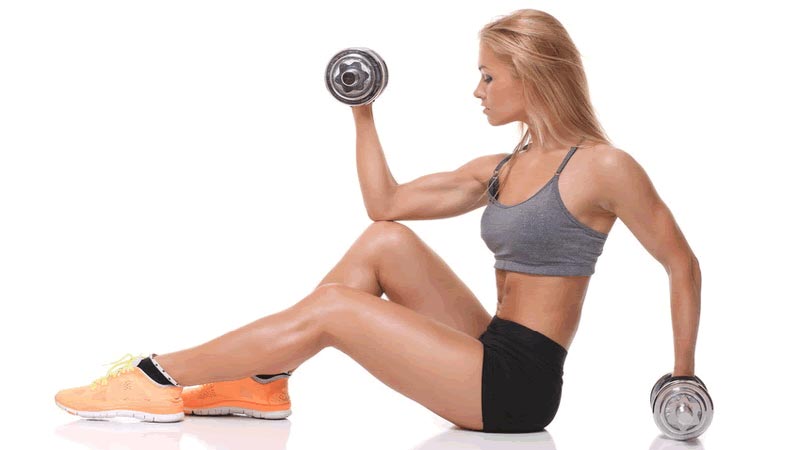 Resistance training, also known as weight training or toning, is a popular and effective form of exercise that will have you looking fit and healthy in no time. Its name is derived from the way in which you exercise, which involves using the opposite force for your muscles – such as with bands or dumbbells.

There are so many reasons why you need to include resistance training in your exercise routine, and you are sure to notice the benefits. Your body shape will change for the better, you will see improved muscle strength and power, your metabolic rate will go through the roof, and even your bone health will improve. If all these benefits sound appealing, consider some of the best resistance training exercises below.

If you want to avoid getting lower back pain and tighten your core muscles, then a good exercise to carry out is called a plank. At first glance, the plank looks easy. After all, you don’t actually have to do anything, right? Wrong. A plank is one of the most effective exercises for strengthening your core muscles, and it’s most certainly not because you do nothing.

A plank involves lying on your stomach, then raising your body up so that you’re positioned on your elbows and your toes – similar to a press up. You then need to lower your buttocks down until it’s positioned at about the same height as your shoulders. Make sure you don’t point your bottom upwards as this is a form of “relief” and doesn’t help work those core muscles.

Squeeze your naval area so that it’s pointing towards your spine and hold this position for 30 seconds. If you’re starting from scratch with core exercises, it might even be helpful to hold it for 10 seconds, then release, then hold it again for 10 seconds and so on.

END_OF_DOCUMENT_TOKEN_TO_BE_REPLACED

If you don’t sweat during a workout, can you really tell yourself you’re pushing hard enough? While sweat is the body’s way of regulating your temperature, it also releases toxins and enables your body to exert itself to benefit from muscular strength, better blood circulation, and better lung function. What’s more, if you choose a high-intensity exercise session over a moderate one, your body will look and feel better for it. Here are five ways you can work up a sweat for the betterment of your body.

If you’re looking for maximum sweat output in the shortest possible timeframe, it’s time to add high-intensity interval training, or HIIT, to your workout. High-intensity interval training is when your workout is fast-paced and intense for a short period of time, such as between one and three minutes, before taking a quick breather and getting back into it again. Typically, you carry out different cardio and strength training. Within just a few minutes, sweat will be pouring off you.

Spin classes are not only a fun, social gym class, but they are designed to make you sweat in the process. Using a mixture of body heat, resistance, and springs, you have to spin on a spin bike for as long as possible at a fast rate. Spinning is a popular form of exercise due to its aerobic benefits and the ability it has to heighten your heart rate. It’s also a favorite for those who require a low-impact workout with minimal pressure on joints.

END_OF_DOCUMENT_TOKEN_TO_BE_REPLACED 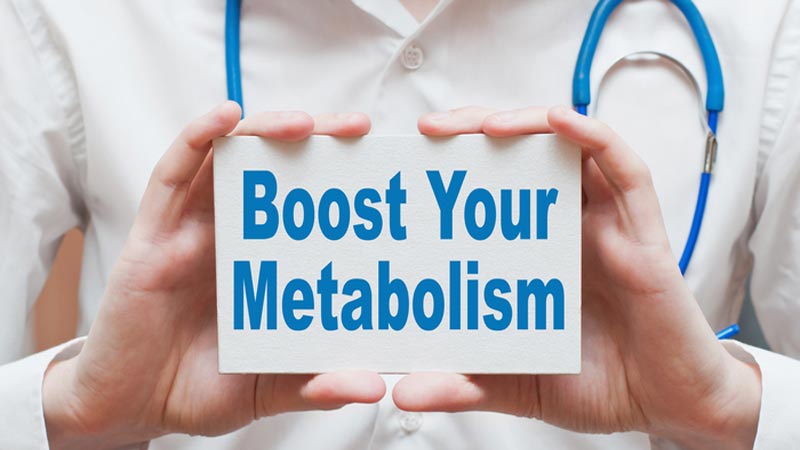 Metabolism is the complex process involving the transformation of what you put into your mouth into energy. The better food and drinks you have, the better your metabolism. Metabolism is largely a biochemical process, and it uses the calories in what you consume, along with oxygen, to provide your body with necessary energy just to function. As you age, your metabolism slows, and you may find yourself piling on the weight. If you don’t consume nutritious food and don’t exercise, you’ll also find the situation might be exacerbated.

If you’re looking to make a change in your life, it’s helpful to begin with your metabolism. Here are five ways you can naturally boost yours.

1. Drink Tea or Coffee
If drinking tea and coffee is your favourite pastime, you’re in luck. Caffeine is a stimulant that ties in with your central nervous system, and it’s very beneficial for your metabolism. Therefore, drinking at least one cup of tea or coffee per day will have a positive effect. A cup of tea can boost your metabolism by as much as 12 percent, while coffee can see an improvement of anywhere up to eight percent.

2. Calculate Calories
Counting calories is a tricky business, especially when it comes to improving your metabolism while trying to lose weight at the same time. While it’s true that cutting your caloric intake can lead to weight loss, if you cut them by too much, your metabolism can come to a standstill. Ensure you eat regularly and often, and make sure you remain within the healthy caloric intake for your weight and gender.

END_OF_DOCUMENT_TOKEN_TO_BE_REPLACED 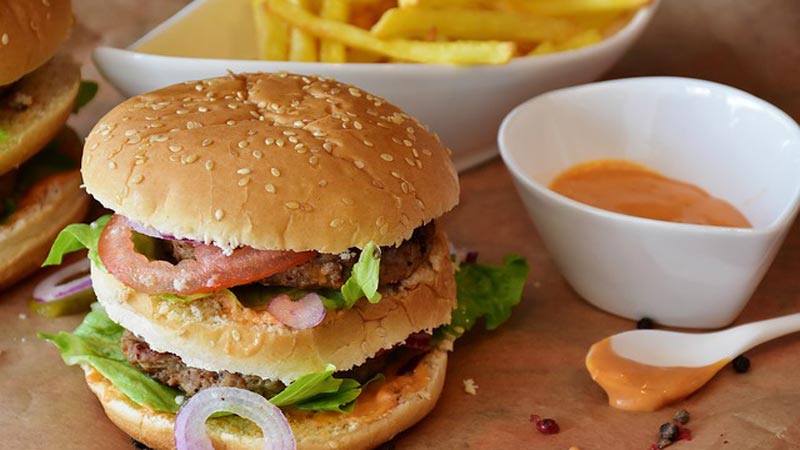 What is Saturated Fat?
Saturated fat is typically bad for you. It’s the fat found in deep-fried food, bakery goods, and some drinks as well. It increases your risk of cardiovascular disease, can raise your cholesterol levels, and should only be eaten in moderation. Saturated fat is also found in meat and dairy but is coupled with vitamins, minerals, and proteins. Therefore, meat and dairy can be eaten in moderation, alongside generous portions of fruit and vegetables.